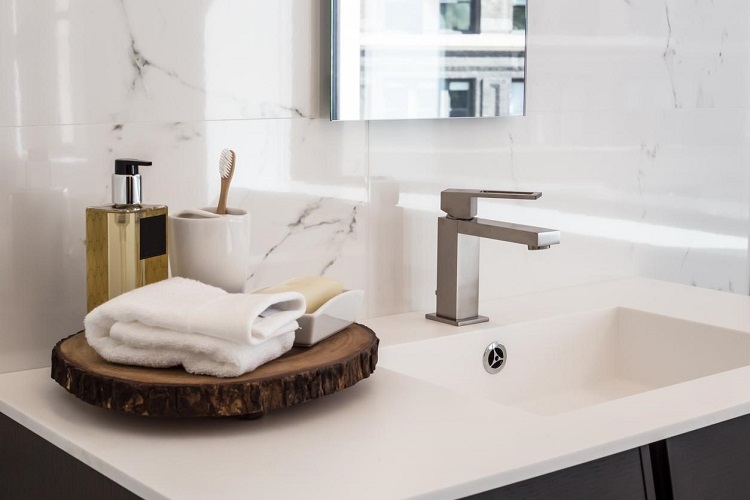 Taps have a primary purpose of supplying water from pipes that are connected to a water reservoir. But as with anything else, innovation has made sure that taps can now serve their primary purpose and also serve a secondary one for specific application or even just aesthetic appeal. There are many different bath and shower taps in different sizes and shapes and also vanity taps that look very beautiful with some of them so well designed that they almost don’t look like taps at all.

Knowing the right type of tap to buy will help add a certain look to your bathroom, kitchen and anywhere else you need a tap installed. It could also help you with utility as the particular functions one type or brand has, might be a lot more useful than another type.

Basin taps are usually used a lot more frequently, which is why it’s very important you do some research and not jump into making a quick decision about what taps to buy. But even before you make a finite decision on bathroom tapware, many things ranging from appeal to water pressure should be considered. Here are some types of basin taps and how they can help the overall look of your bathroom.

There are different types of bathroom taps and one pretty common one is the mono basin mixer tap. Also called Monobloc basin taps, these have just one nozzle that’s provides you with a fine mix of hot and cold water. This type also comes with one control making it very easy to use. If you’re the type that usually needs warm water, you’d like this option. There are people who like to brush their teeth with warm water as it’s said to have a soothing effect on the teeth and gums. If this is something that’s important for you then you should consider a Monobloc tap. This type of tap also gives your bathroom a very simple feel.

This type is very common and it usually comes in pairs. With this style, one tap feeds you cold water while the other feeds hot water. The difference between this type and the Monobloc is simply the different temperatures coming out from different nozzles. This type might actually be more functional than the Monobloc in the event that the hot water pressure is not equal to that from cold water. These taps with their double spout, makes your bathroom a bit more sophisticated.

A high rise basin tap is quite similar to a Monobloc tap but as the name suggests, it’s a bit larger and designed to rise higher. This type also serves different aesthetic needs and is known to be very easy to fit. So if you’re trying to avoid stress as much as possible, the easy-to-install high rise basin tap is a fantastic choice.

This type gives your bathroom a really beautiful and sophisticated feel but just might be the most difficult to install. This is because the pipes that feed water to a wall mounted basin taps are hidden within the wall and aren’t expected to show. However, if properly done, the end look would impress you.

Most of the basin taps are really great and serve many different functions and choosing the right one for you depends on preference but also the general feel you’re looking to achieve with your bathroom.